By the way, the artist for these is Noumiso Hoehoe. You may recognize the SD art from August’s Yoake Mae Ruri Iro na, and Fortune Arterial.

And here are strips 3 through 10. I love 4koma for how easy they are to edit.

The site just updated with strip 11, but ahhh I need a break. 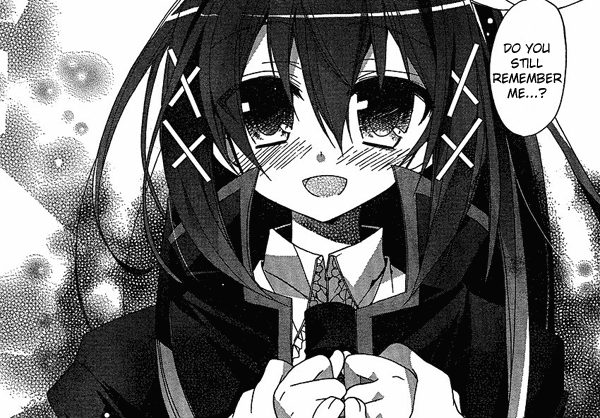 Yeah, I was digging around my old crap looking for references and papers to read for my thesis when I came across these finished chapters of Koi Koi Seitokai over 2 years old. Really, two years old! I polished up a couple pages that had some typos, but these are relatively untouched, so you can expect a slightly different feel of translation and edit work than the more recent stuff.

I ended up unearthing two more chapters that already had a bit of TL and edit work done on them, so I may get to doing those before or after Kyoukai Senjou no Horizon ch02, then releasing them. However, there are currently no plans to continue work on this after chapter 06 since I’ve got my hands full with other things like Horizon and KoiChoco for now. Maybe when there’s nothing else to work on. But certainly not in the near future.

I hope this absolves me from any releases anytime soon (until maybe mid-July). Apologies to the Kyoukaisen fans who eagerly(?) await the next chapter. If there’s anyone who’d like to volunteer for redrawing a few pages (must be near-pixel-perfect; redraw job should be imperceptible) then please drop a note so we can push it out faster.

Here’s the first 2 4koma strips of the 10 out right now. I’ll just release the rest through posts like these, and then a downloadable release when all of them are done. 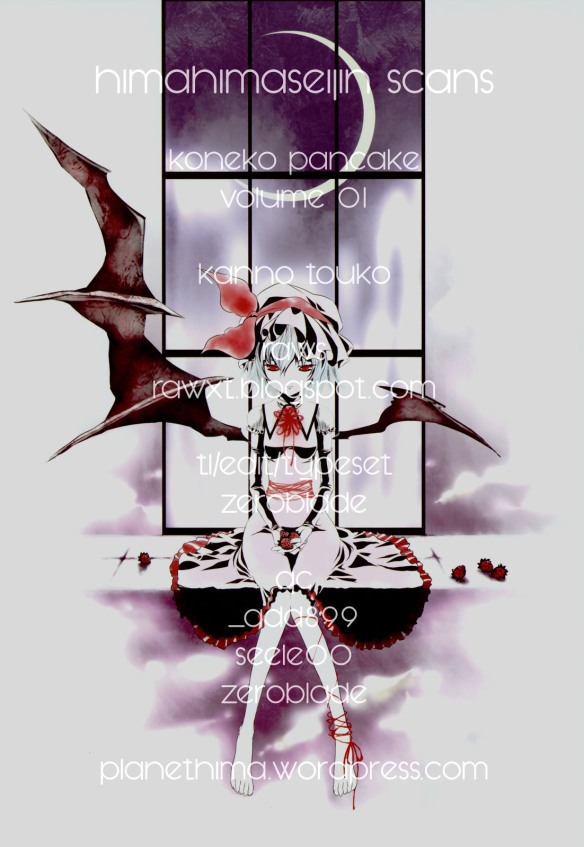 This took so long because I spent half the time looking for a Koneko Pancake picture that Kanno Touko herself drew, to be used for the final credits page. Except there was none (asides that one used for the cover, but it was low-resolution), so I spent 5 minutes making this instead. Remilia Scarlet, drawn by Kanno Touko in one of her circle’s doujinshi.

Just finished working on this during class, so here it is. Volume release to come when I get back in about 5 or 6 hours.

Also thesis and other school stuff is picking up so releases will be slowing down. Not that they already have been for a few weeks now.

Volume 2 of NekoPan has yet to be released. Seeing as it’s a once-every-other-month manga, it takes long, though hopefully it wasn’t axed.

Kyoukai Senjou no Horizon chapter 2 is already fully translated, but needs quite a bit of edit work. Probably a full day or two’s worth due to the difficulty so I can’t make any guarantees on when I can really buckle down and work on it.

Koi to Senkyo to Chocolate volume 2  is currently in the process of raw-getting; no updates in sight.

Koi Koi Seitokai is pretty much inactive for the foreseeable future.

PS: Someone asked to translate (indirectly) the 4komas for the upcoming KoiChoco anime, so I’ll get to those too; first one’s already done, just in the desktop at home. 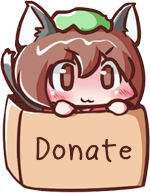