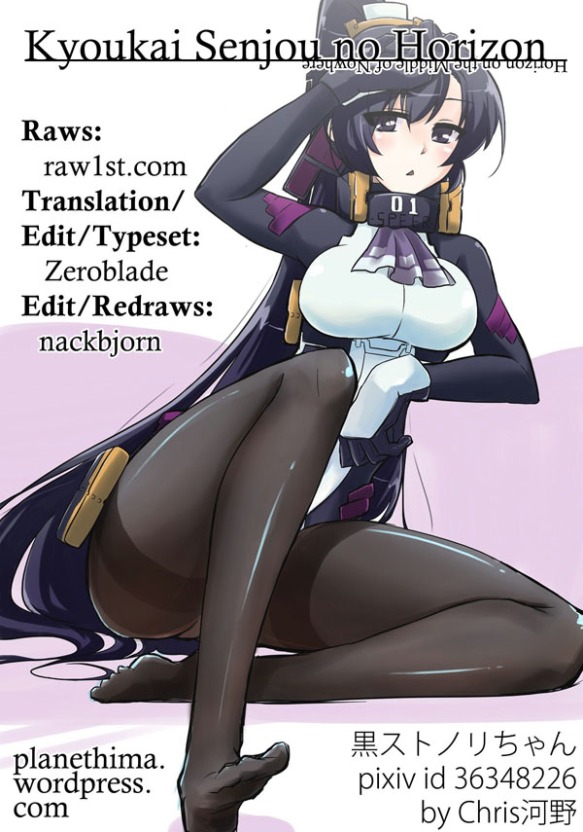 I couldn’t find any nice bits from the manga to snip out of the credits in chapter, so instead, have Fukushima Masanori / SPEER-01 in delicious black stockings. I realize that it doesn’t state chapter 09, but HAHAHA whatever.

By the way, I may not have said this before, but for reasons of speed and bandwidth, the Batoto version is always a maximum resolution of 1200 px (the SQ in this case); for anyone who wants better archival copies, download the HQ versions.

Also Nackbjorn once again demonstrates the dark magicks he works on with edit jobs:

I am blessed to have such a capable editor.

Taken from AkkeyJin’s / あっきー人 blog.
Lately, I’ve been sinking quite a bit of time into this game. It’s too cute.
I don’t think people who don’t play the game will get the jokes though.
Chronologically arranged from oldest to newest (I think, more or less).
I’ll make a page to hold all of these later when I post new updates that push this post out of the way. (Last update: June 25) 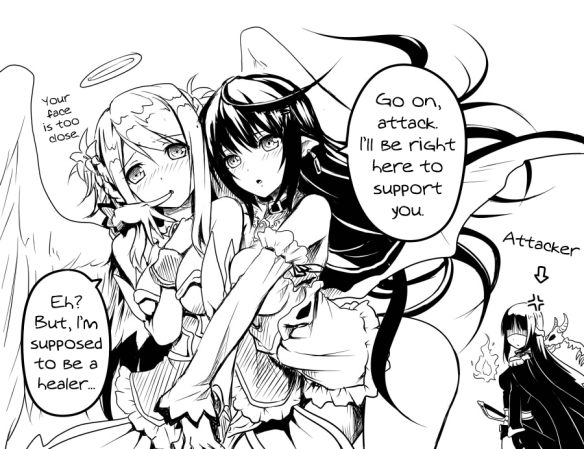 Hacker and her Stiff Back 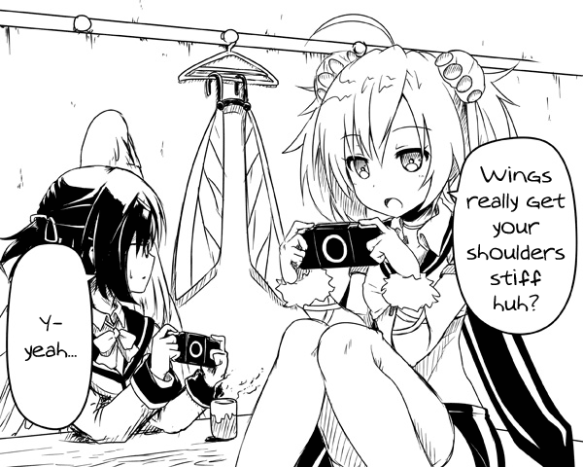 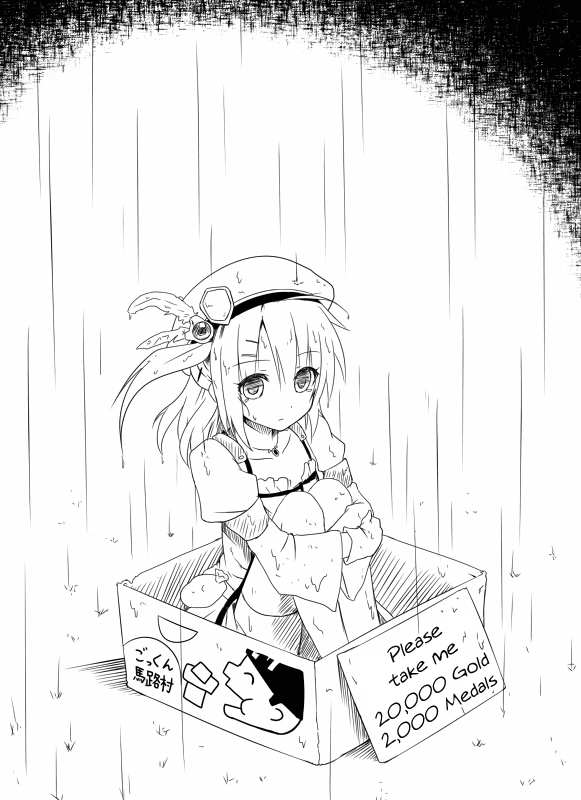 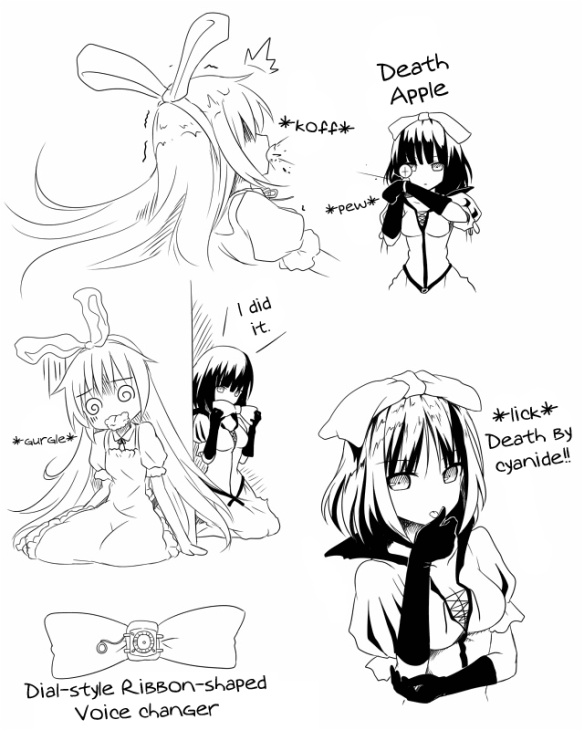 This actually didn’t take so long to translate but I was lazy.

Also I would rather not burden Nackbjorn with more redrawing work for KoiChoco, so if anyone wants to see not-ugly edits and is pretty good with redrawing, please shoot me an e-mail. While experience is not required, it is preferred, but as long as you can perform perform magic like this (see below), it doesn’t matter. 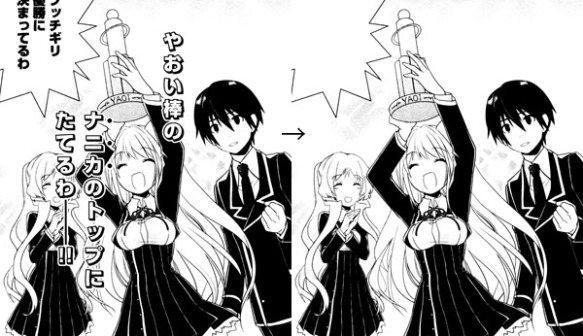 So uh, it’s rather tough I suppose. Nackbjorn works miracles.
It’s not as bad as MadoNano 04 is though:

I hope you’ll all forgive me for just slapping mini translations on the side.

After half a year of delays, I finally decided to give up redrawing one of the pages of a two-page spread. Much as I hate putting out work that isn’t done right, I’ve been told me the best redrawer I know that I need to know when to give up. I suppose this is one of those times.

Although the fourth installment has been out since Comiket 83, I haven’t gotten ahold of the raws, so shoot a mail or a comment if you know where to find them.

Up next: Koi to Senkyo to Chocolate ch08

Don’t expect it anytime soon though.

PS: Oh oops, title typo on the credits page. Download version fixed, but the Batoto version won’t because I’m lazy and no one ever reads them anyway.